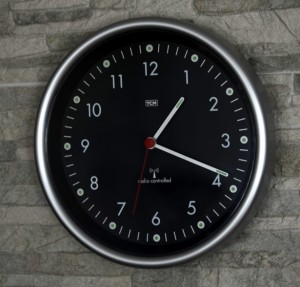 Today’s advice comes from the helpful and knowledgeable folks at Blueprint LSAT Prep.

The LSAT is a lot of work.

“Yeah, yeah, I already knew that,” you’re thinking. But we find that although students are often aware that they’ll have to devote a lot of time to studying for the LSAT, they don’t always realize exactly how much time we mean.

Studying for the LSAT (if you’re doing it right, anyway) is like having a part-time job. Ideally you’ll spend at least 20 hours per week prepping – in fact, that much studying is actually necessary for success. You’re essentially teaching yourself a new way of thinking, which is no small task. And as with any feat of such epic proportions, repetition is key; in order to truly understand the LSAT, you need to immerse yourself in it.

For that reason, the best time to take the LSAT is whenever you’ll have the most time to devote to studying. Of course, the LSAT can’t take over your entire life – most of us have other obligations, whether that’s schoolwork or a full-time job, and we can’t just shirk those commitments for a couple of months in order to study for the LSAT. And so you have a figure out a way to prioritize.

Here’s a good example of one of our students who juggled his packed schedule by squeezing in LSAT prep whenever he could, and ended up getting a 180:

I printed out all the Logic Games, Logical Reasoning questions, and Reading Comp passages that Blueprint offered online, and made sure to always have a few of each on hand. I figured that doing LR questions and RC passages when I was tired was not a good idea, so I saved them for my peak mental hours. I could do LGs in the early morning and late at night, when I wasn’t as mentally sharp. I could also do LG questions even with background noise, so I would do them in lecture whenever I thought the professor was going on a tangent. Every morning, I would do a couple of Logic Games before I went to school. If I got to a class early, or found myself with a few minutes to spare, I would pull out a Logic Game or Logical Reasoning question and try to complete it. My rule was, if I had seven minutes or more, I’d tackle a Logic Game; otherwise, I’d do Logical Reasoning questions (I hated being interrupted mid-Logic Game). I literally was trying to squeeze in as much LSAT practice as I could in a day.

After class, I would grab coffee and head to the library, where I would watch Blueprint videos, do the homework, and review questions. Most of my time was spent reviewing questions. I forced myself to painstakingly go through every question that I wasn’t 180% sure about, even if I had gotten it right. I would try to understand why every incorrect answer choice was wrong, in addition to why every correct answer choice was right. I did this until my hunger got too distracting, at which point I would quickly grab dinner and head back to the library to study until it closed at midnight. After going for a run to clear my head, I would end the day with schoolwork and a few more Logic Games. Then I would do it all again the next day.

Clearly, it’s possible for extremely busy people to study for the LSAT. However, as is often the case, something’s got to give. If you are, say, a full-time student with a part-time job and you decide to study for the LSAT, you should be aware that it will be extremely difficult to balance all of your responsibilities, and you may need to study for a longer period of time. After all, if people who can study for 20 hours per week are studying for 2-3 months, those who aren’t able to devote much time to studying will need to prep for a longer stretch of time. It’s important to note that if you aren’t able to spend time practicing skills that you’re learning, you won’t make any progress, which means any time that you do spend on studying will more or less be a waste.

And that’s what LSAT students often don’t realize. Many of our students are busy and have other obligations, and that’s okay. However, those students should understand, firstly, what they’re in for: LSAT prep is difficult and time-consuming no matter what, and even more so when added to an already packed schedule. And secondly, they should understand that because they’re not able to devote as much time to the LSAT, they’re going to need to study for longer – that’s the part that often seems to come as a surprise.

So although you’ve probably heard before that the LSAT is a lot of work, we want to make sure that you’re cognizant of what that really means. The more time you can free up for your LSAT prep – even if it’s just a few minutes here or there – the better off you’ll be. And if your studying time is still limited, be aware that you need to plan ahead and start studying well in advance of your LSAT date.

Blueprint students average an 11-point increase on their in-class practice tests, and can enroll in live LSAT prep classes throughout the country or online LSAT courses from the comfort of their own home. For more study tips from Blueprint LSAT Prep, visit their LSAT blog, Most Strongly Supported.

Thanks, Blueprint, for these helpful tips on making time for LSAT prep!