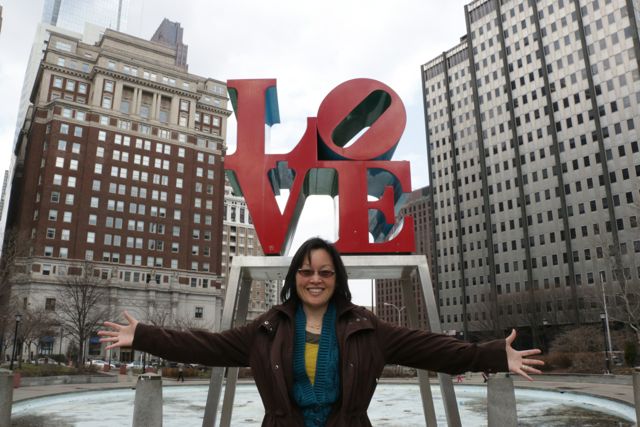 Last month, I visited Philadelphia for the first time. The history! The food! The people! The city! The art!

I loved it all.

In between seeing a ton of Founding Fathers stuff and eating at the Reading Terminal Market as much as possible (thanks @pennlaw and @templelaw for the rec!), I toured the University of Pennsylvania Law School, aka. Penn Law. Here are my thoughts and impressions. 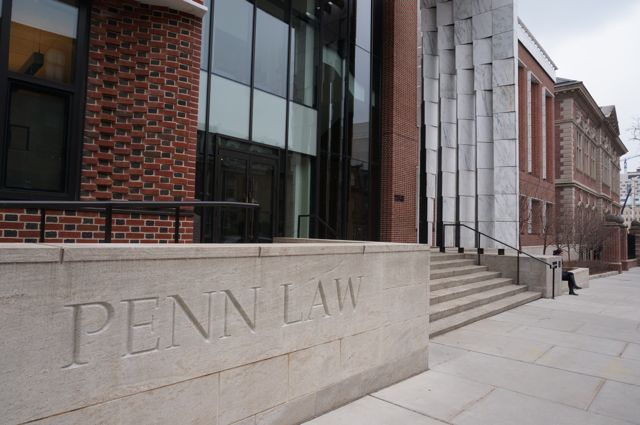 Location: Penn Law is located in Philadelphia, Pennsylvania. Philly is a city–no doubt about it. What’s great is the law school is located on the University of Pennsylvania campus (aka. Penn), a beautiful, sprawling campus (302 acres) with spectacular architecture just a 10-15 minute public transit ride from downtown. Personally, I like cities, but if you don’t, no problem. The university is like a small town surrounded by a plethora of shops and restaurants (see photo below for the row of restaurants across the street from Penn Law). If you didn’t go to a college-town type of place for your undergraduate years, you’re in for a treat. 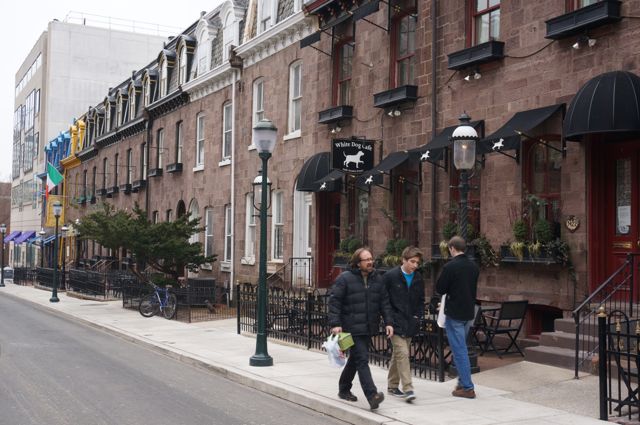 Weather: I visited during the last week of March. One day was cold and rained cats and dogs. Another day was clear, sunny and near 60 degrees. The day I visited Penn Law, teeny snowflakes floated down on me as I walked across campus at noon. Are you getting the picture? Philadelphia is not a temperate place. There are four distinct seasons here. If you like every day to be mild and in the 70s, this is not the place for you. But if you like experiencing the seasons, then Philadelphia could be right up your alley.

Environment: I emailed the admissions office one week prior to see if I could meet with an admissions officer and/or one of their student ambassadors. Unfortunately, I was turned down. Admissions wrote back saying they were preparing for their visiting students day (which happened two days after my visit) and they could not accommodate my request. The email was not signed by real person, just “Penn Law Admissions.” Disappointing.

Upon touring the school, I found the environment to be kind of clubby–like if you were a student, staff or faculty member, you were in and if you weren’t, you were given the eye. You’d think people would be used to seeing visitors by now. 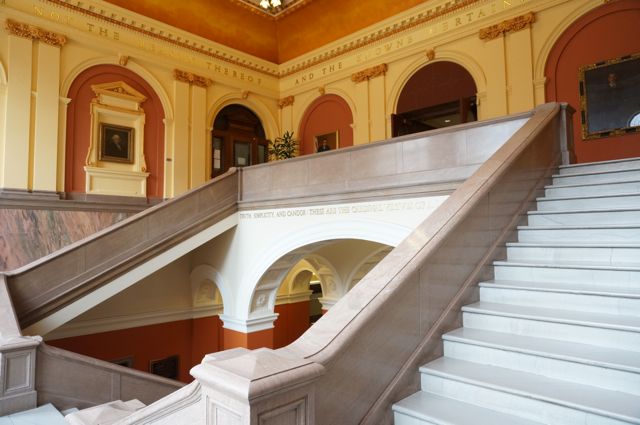 Aesthetics: When you’re paying close to $52,000 per year for tuition, the place better be good.

Penn Law did not disappoint. It is beautifully designed and laid out. Some areas are simply stunning (the photo of the Grand Staircase above does not do it justice).

I remember what one law student told me about her school: “Smells like money.” She was talking about another law school but she could have easily been talking about Penn Law. It smelled like money, it looked like money, and you could tell it cost a lot of money to build the place. The classrooms, library, student union and cafe, and offices all look fantastic–clean, comfortable, classy. There are lots of cushy chairs and couches for studying and meeting with your classmates, and easy access to the administrative and student services offices. It looks like students have everything they need…and more.

After visiting Georgetown Law, I thought they were one of the most well-designed law schools in the nation, but now Penn Law has me thinking twice. 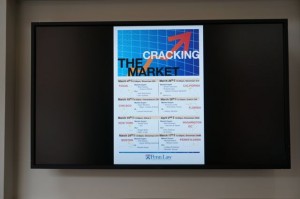 Career Services: I stopped by the Office of Career Planning & Professionalism to check out their bulletin board. It was digital. Like it! Their events were plentiful and looked helpful and intriguing.

They have nine career counselors. For a school with 251 (Fall 2013) entering students, this is a good-sized staff.

According to the ABA Employment Summary, more than 91% of their 2013 graduates found a job that required bar passage. Excellent. I’d expect nothing less from one of the nation’s top ranked law schools. 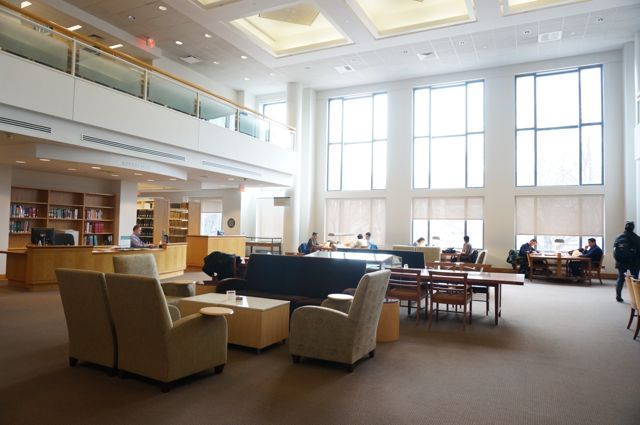 Demographics: According to the ABA’s law school data, in Fall 2013, the minority student population at Penn Law was 29.5%. With the minority population in the U.S. at almost 30% (depending on which data source you use), it seems like Penn Law is doing well in recruiting underrepresented students. 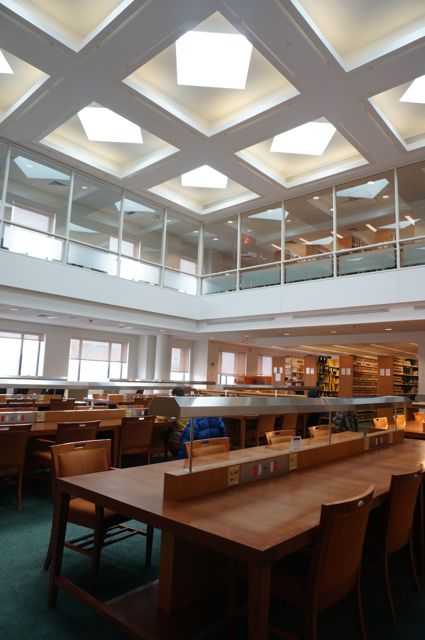 To sum up: It’s not just the reputation of the law school and its historic location in the city that birthed the U.S. government that makes Penn Law a big draw; it is also the school itself. Penn Law is one of the most beautiful and well-designed law schools I’ve ever visited. Walk around the place and you can see why the tuition is what it is. If you have the numbers and you want to attend a nationally-known law school, consider adding Penn Law to your list. 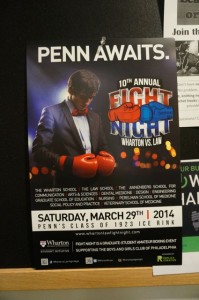 p.s. I saw this flyer and it made me laugh.

Well, if that’s not an ingenious way to blow off steam and raise money for a charity, I don’t know what is. Props to the Penn students!

All photos by Marcus Donner.